Skip to content
One to Four: The Market Potential of Fourplexes in California’s Single-Family Neighborhoods

One to Four: The Market Potential of Fourplexes in California’s Single-Family Neighborhoods 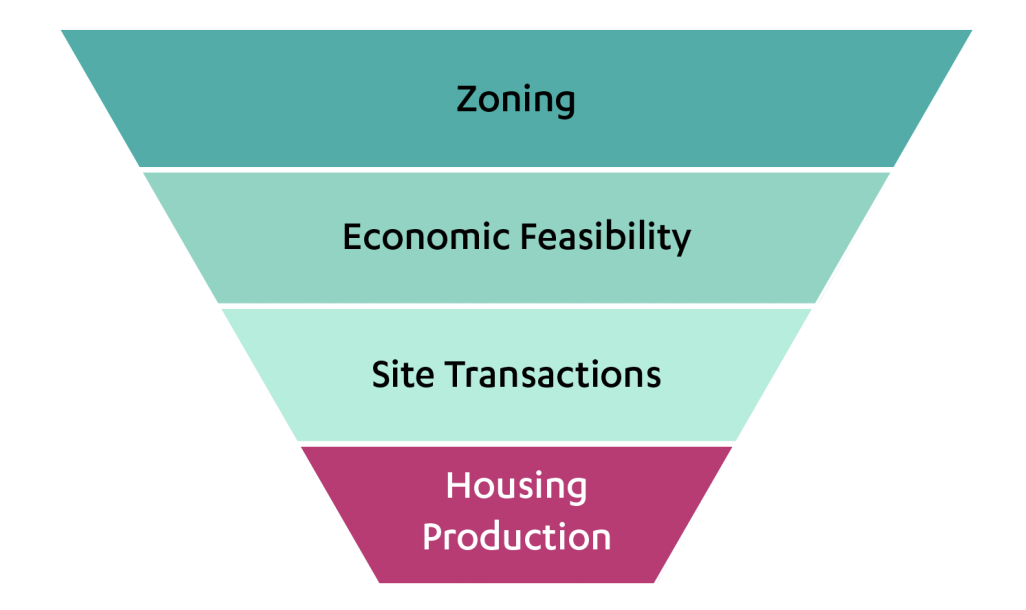 Read More About it Here

The State of California seeks to increase housing production by regulating the number of homes local zoning allows, yet the market feasibility of delivering units under more expansive zoning is rarely acknowledged and mostly unanalyzed. New guidelines from the Department of Housing and Community Development emphasize the need to assess realistic capacity of sites, including the feasibility of new housing development during the upcoming planning period. One statewide policy push is to allow three- and fourplexes in single-family zones.

To assess the impact of this zoning change, we analyze the market feasibility of homebuilding under fourplex zoning on the 6.8 million parcels with single-family homes built in California prior to 2005. We find that at present, there is potential for 1.5 million new units in the form of accessory dwelling units and juniors, but that allowing fourplexes on these sites would nearly double this number, creating the market-feasible potential for 1.2 million additional new homes. We also estimate that increasing development options through fourplex zoning will dramatically reduce mansionization, by making the most profitable redevelopment option for a single-family parcel something other than replacing the single-family home with a larger one. Our analysis emphasizes how the increase in market-feasible housing enabled by allowing fourplexes varies across regions and municipalities.